UPPCL has announced the Computer Based Test Schedule for the Junior Engineer Trainee Recruitment. The Junior Engineer Electrical and Civil exam will be conducted on 07 and 08 September 2021 at several exam centres across the State.

UPPCL JE Admit Card for this exam has also been released by the board. Applicants can download the admit card by visiting the link available below.

The Electricity Service Commission and UPENERGY (UPPCL) had released a notification with an Advt. No. 07/VSA/2020/JE/E&M for Junior Engineer posts in UPPCL. Applications were invited for a total of 212 vacancies of Junior Engineer (Electrical and Electronics/ Telecommunications) posts.

It is already mentioned in the official notification that the board will not dispatch Exam Admit Card to the postal address of the applicants. Thus, there won’t be any hard copy dispatch service from the exam authority. Therefore, the candidates can access the official website to download the Admit Card. 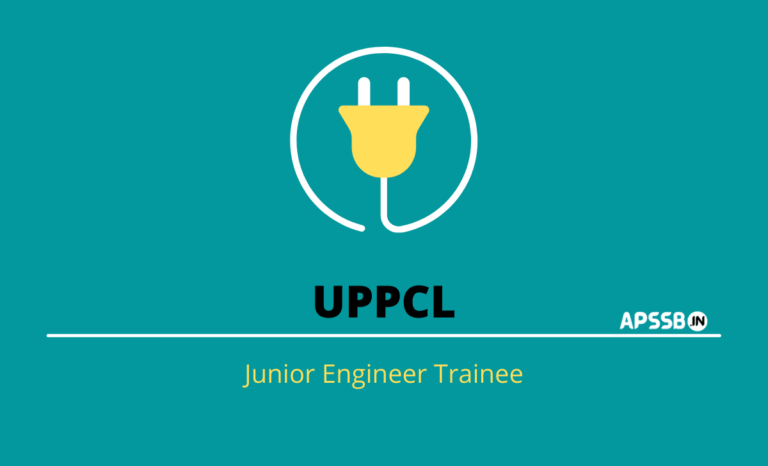 The candidates who are appearing for the first time in any competitive examination must understand the importance of the admit card. An Admit card is an entry ticket to the examination centre. Without holding and producing a valid Admit Card, one can’t get entry to appear in the examination. Therefore, they must download the UPPCL JE Admit Card online and take a proper printout. The candidates are also advised to take two printouts of the admit card as one copy might have to submit at the exam centre.

Furthermore, a candidate must bring a valid photo identity card along with the admit card. The photo ID card must be produced in Original and Photocopy. Photocopy of ID card will be attached to the Admit Card while submitting the paper.

Candidates can bring the following as a Valid Photo ID Card

A Ration Card is no more considered a valid Photo ID card. Candidates are advised to avoid bringing a ration card or aadhaar card enrollment slip as a photo ID.

The Computer Based Test will contain 200 multiple choice questions having one ark each. The time duration for the CBT will be 3 hours. The paper pattern and arrangement of the questions will be as follows:-