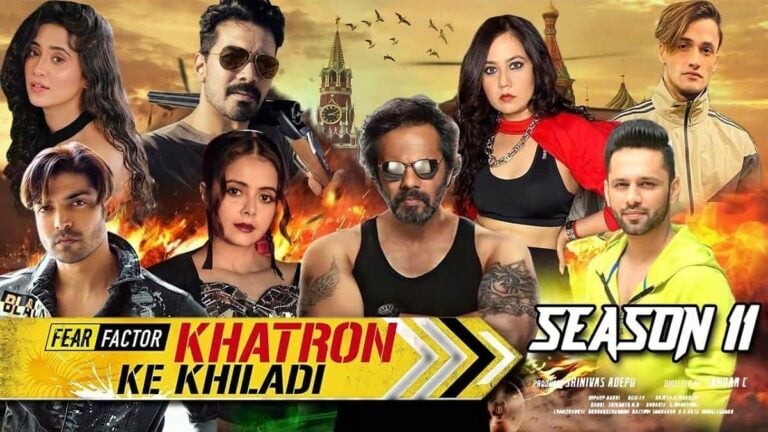 While praising the winner, Mr Shetty said that Arjun always completes his task peacefully. Every time he has done a great job to finish the tasks. Arjun Bijlani is known for tv serials like ‘Mile hum tum’ and ‘Naagin’.

Arjun Bijlani had performed exceptionally well throughout the season of ‘Khatron Ke Khiladi 11‘. He was pitted against Divyanka Tripathi and Vishal Aditya Singh on the day of the finale.

What’s the Prize for Arjun Bijlani?

Arjun Bijlani has received ₹20 lakh and a car with the trophy when he became the winner. These stars already have plenty of money but such shows add more popularity to their profile.

Divyanka was believed to be the winner, though the result may have been anything fans were hoping that Divyanka Tripathi would win the game this time and she would be the winner of Khatron Ke Khiladi  Season 11. From the first task, Divyanka had proved that she is the strongest, the one who is going to take on everyone and has come to win.

In all the tasks that followed, everyone had chewed their fingers under their teeth, seeing Divyanka’s emotions. She was even given the status of ‘Magar rani’, but the luck turned out to be Arjun’s brilliance and he took the plunge. Arjun gave a stellar performance in the final task and was selected as the winner.

Top-5 contestants had arrived in the finale for the trophy. These include Arjun Bijlani, Divyanka Tripathi, Rahul vaidya, Vishal Aditya Singh and Shweta Tiwari. Arjun Bijlani’s wife Neha Swami had already made her husband a winner. Neha Swami shared a picture of the trophy of ‘Khatron Ke Khiladi 11’ on social media with Arjun Bijlani’s name written on it.
Share This News Facebook Twitter WhatsApp