District Courts, Delhi had advertised the Peon, Sweeper, Process Server, Dak Peon, Chowkidar, and Safai Karmchari posts recently at the starting of February 2021. Total 417 posts have been advertised under this recruitment drive that will be filled up through the written test, skill test, and interview.

Admit Card Update: DDC Admit Card for the 08 August Exam has been released. The link is added below. Just log in using Application Number, Date of Birth, and Email address to download Admit Card.
Clarification: Delhi District Court has already conducted an exam for these posts on 28th February for the candidates who applied before 17th February 2021. For candidates, who applied on or after 17th February 2021, the exam was scheduled for March 7, 2021, which was postponed. The new DDC Exam Date is 1st August 2021.
DDC Exam Date Update: DDC has announced the written exam date for Group C posts of Peon, Process Server, Safaiwala etc whose exam was postponed on 07 March. The Exam will now be conducted post code wise on 1 August, 08 August, 24 August 2021.

Candidates can download Delhi District Court Admit Card for the written test of these posts using the official website delhicourts.nic.in only. The exam for Peon, Dak Peon, Sweeper, Safai Karamchari, Chowkidar, and Process Server will be conducted on 1st August 2021. 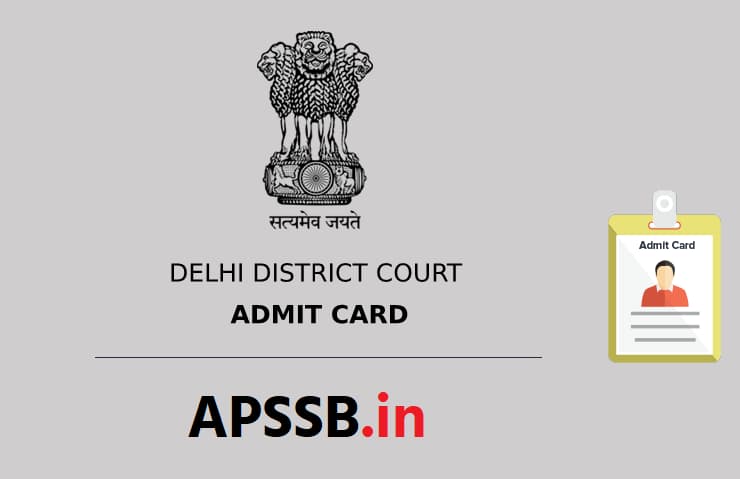 The last date to get enrolled in this drive was February 21, 2021. The date of the examination is tentative and there might be a change in it which will be duly notified at the court’s website.

The objective type written exam should be common for all the vacancies. Considering the basic qualification was Class 12th for the recruitment so the level of the question paper should be the same too. There will be 100 MCQs in the exam from the sections like Hindi, English, Current Affairs, GK, and Arithmetic.

Other than the valid roll number, it’s important to have valid Govt-issued Identity Proof Documents such as the Aadhar Card, Bank issued Passbook, Voter Card, Passport, Driving license, or PAN Card. For the same purpose, your ration card won’t be acceptable.

If the candidate’s photograph isn’t well printed on the DDC Peon Admit Card then he/she is advised to bring 2 latest passport-sized photographs along with him to the exam centre.