Adampur Vidhansabha Seat in Hisar District of Haryana went into the Bypolls (Upchunav) on Thursday (03 November). The fate of Bahvya Bishnoi, son of Kuldeep Bishnoi and Jai Prakash also known as JP is locked in the EVMs. The results of the Bypolls or Byelection will be announced on Sunday, 06 November.

Adampur went into the Bypolls as the concurrent MLA Mr Kuldeep Bishnoi, Son of Late Congress Leader Mr Bhajan Lal resigned as MLA from the seat and switched his political party.

Previously, Kuldeep Bishnoi Won Adampur’s seat as a Member of the Congress Party. He defeated the Late Sonali Phogat of the BJP in the general polls held in 2019 by a margin of 29471 votes.

This time, Bhartiya Janta Party has given the ticket to Mr Bhayva Bishnoi, Son of Kuldeep Bishnoi. The Congress party had given the ticket to contest the poll to its senior leader Mr Jai Parkash (JP) who had lost his general election from the Kalayat Seat in the Kaithal District of Haryana as an independent candidate. 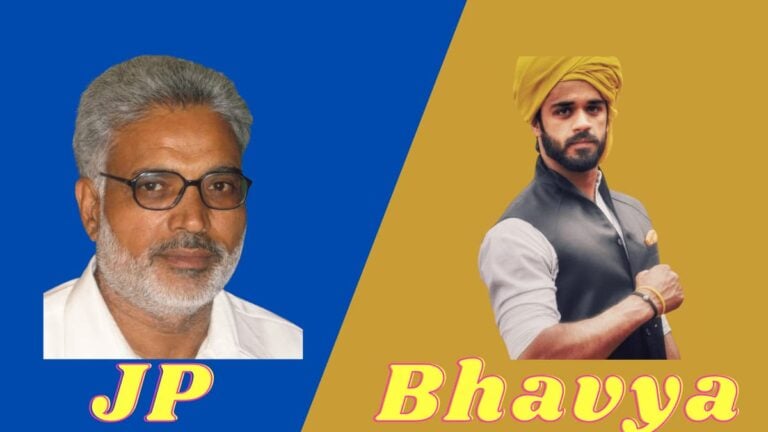 Adampur is known as the bastion of the Bishnoi Family as Late Mr Bhajan Lal represented the Assembly seat Multiple times. He went on to become the Chief Minister of Haryana in 1991 for a tenure of 5 years till 1996.

In the 2005 General Assembly Elections, he was a contestant for the race of CM chair but the Congress High command selected Bhupinder Singh Hooda as the CM. After that, the family formed a separate political party named Haryana Janhit Congress which was merged with the Congress lately.

If BJP wins this eelction, its dependency on Independent MLAs will be reduced for a while now. As Haryana has still 2 years to go into the general elections, BJP is looking to strengthen its hold again as the party witnessed a huge setback in 2019.

Bhavya Bishnoi, BJP: He is the grandson of three-time Haryana chief minister Bhajan Lal and son of four-time MLA and two-time MP Kuldeep Bishnoi. After losing his security deposit in the 2019 Lok Sabha elections, Bhavya is fighting again.